The Thingamajig Playwrights Festival pulls back the curtains from the playwriting process and gives you an inside look at how a play goes from ideas in a playwrights head to words on a page to action on the stage. To enjoy all the events in the festival, Festival Passes are available now!

The Playwrights Festival runs from October 12 to October 22 with various events throughout the week. Festival passes are limited. The full festival pass is $70 without a season ticket, and $50 when purchased with a Thingamajig Theatre Company 2018/2019 Winter ‘Season Ticket.’ This week long intensive will include two readings of new plays, open rehearsals, a final staged reading of the two plays being workshopped, two readings of published plays by the same playwrights, and numerous performances of Dennis Elkins’ “box.”

“box.” — a fully staged and produced one-man show — is the brainchild of Pagosa Springs favorite, Dennis Elkins. The show is an an autobiographical journey of cleaning house after loved ones die and when those of us who are left must choose what to keep and what to shred. The easy solution is to dump the stuff in a box and deal with it later — but, when “later” comes, we still agonize with the left-overs in a comical way.

Play Synopsis:
What do you do when you are a girl, a gifted girl to boot but you’re born in the early 1980s south… oh, and you have a boy’s body… also an absent minded professor father… and yes, an evil step mother too. How can you survive your Grimms Fairy tale life? Will your new evil stepmother win? Will your gifts carry you through? Will your father wake from the spell? Maybe your new baby butch step sister can save the day…

“The Adventure Club” by Jennifer Faletto
Sometimes part of being in a club is keeping other people out.

Play Synopsis:
Daring individuals wanted for admission into The Adventure Club. Initiation adventure to occur over the week of Spring Break.* $200 non-refundable application fee, rugged conditions, long hours, no technology. Prestigious membership granted to those who endure. Additional details will not be provided. If you can’t handle that this club is not for you. Contact kendra@theadventureclub.org for an application…

*Those who have ever spent/considered spending Spring Break in Cancún need not apply.

Marrow by Brian Quirk
Tuesday, October 16 at 7pm
A dancer in his prime is gaybashed and a lifetime of memories come flooding back as the question is asked, “what is hate?”

The Texas Homecoming Revolution of 1995 by Jennifer Faletto
Wednesday, October 17 at 7pm
It’s the Friday before Homecoming in a suburban high school and a scandal emerges… Crystal Andersen has committed an unspeakable act with the Texas flag. In a culture where legacy and tradition often go unquestioned, one student changes the consciousness of her community. 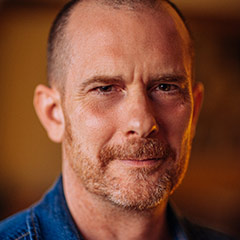 The Playwrights Festival runs from October 12 to October 22 with various events throughout the week. Festival passes are limited. The full festival pass is $70 without a season ticket, and $50 when purchased with a Thingamajig Theatre Company 2018/2019 winter season ticket.