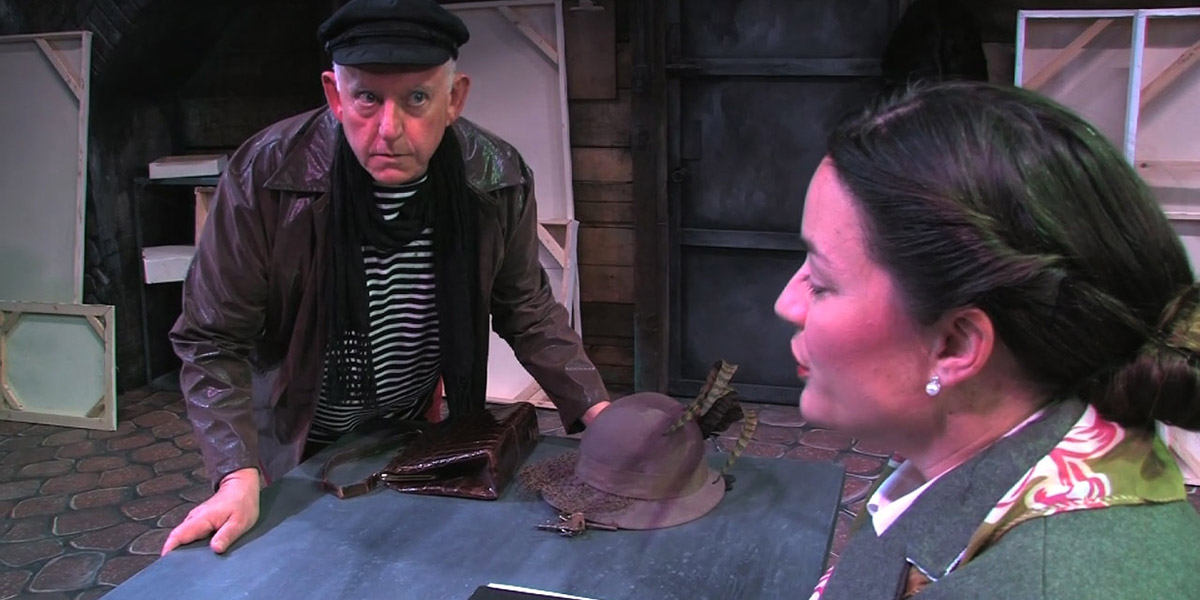 The final production of our 2014-2015 Winter Season plays May 15 – 31. A Picasso, written by Jeffrey Hatcher, is set in Paris 1941, shortly after the Nazi invasion of France. We hear the heavy tread of Nazi jackboots on the streets outside the underground bunker where the celebrated painter, Pablo Picasso has been detained.

Picasso is visited by Miss Fischer, an attractive officer from the German cultural ministry, and is faced with an impossible decision: in exchange for his life, he must surrender one of his beloved works of art to the regime. A perilous game of cat and mouse ensues as Picasso attempts to outwit his dangerously beautiful opponent and save his masterpiece.