‘Friends of the Theatre’ Enjoy Special Event at PSCA 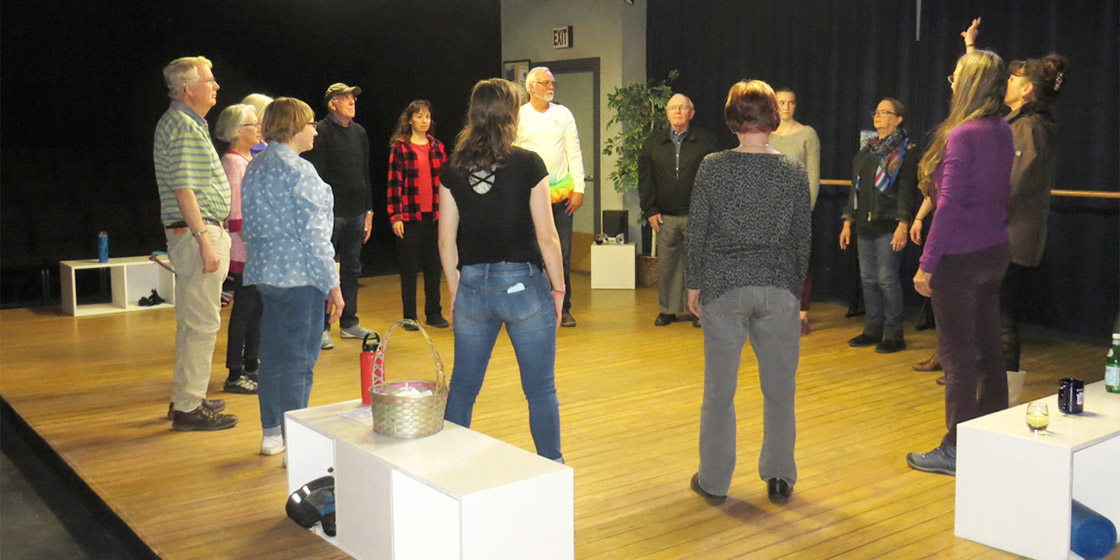 As shown in the photo below, the ‘Friends of the Theatre’ learned a great deal on January 15 as they followed the instructions of “Circle Mirror Transformation” director Melissa Firlit, who led them in a series of exercises typically used in acting classes. 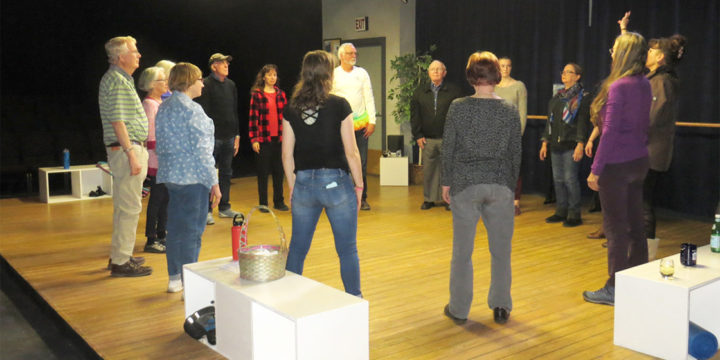 This event, hosted by the Thingamajig Theatre Company, is one of a series of “Behind the Scenes” activities for members of the ‘Friends,’ an organization created to assist in fundraising, and to act as an advocacy group for Thingamajig in the Pagosa Springs community. You can learn more about the Friends on the Pagosa Springs Center for the Arts (PSCA) website.

“Circle Mirror Transformation” — the current show at PSCA — is a five-actor, one-act drama by Pulitzer-Prize winner Annie Baker about an acting class at a community center in Vermont. This is its last weekend at the Thingamajig Theatre. The final weekend of performances starts tonight, Thursday January 25, and continue on Friday and Saturday, January 26 and 27 — all at 7pm — and Sunday, January 28 at 2pm.