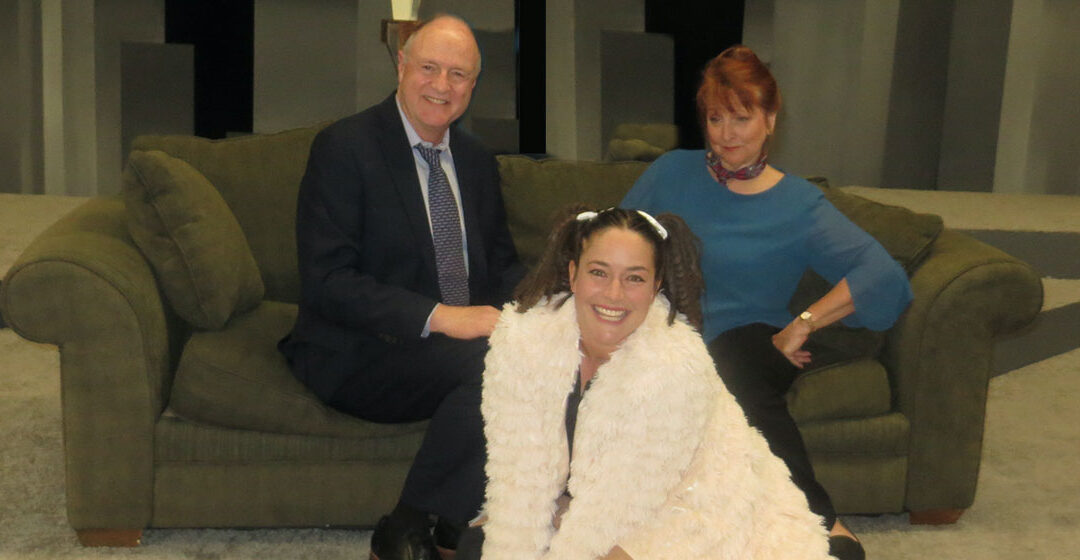 Can you believe it has been 10 years to the day that Thingamajig Theatre Company officially hosted its first “Opening Night”? A lot has happened in 10 years. We have produced hundreds of shows for tens of thousands of patrons. But one show gets brought up more than any other. “When are we ever going to see it again?!”

Well, she is back!

SYLVIA (…you know, the play about the dog and her man… and his wife…) returns to the Thingamajig stage as we celebrate our humble beginnings 10 years ago. This Pagosa favorite is scheduled to open June 25 and will run through August 29.

“We have produced hundreds of shows for thousands of patrons over the past decade,” said Tim. “It is ‘Sylvia’ that is brought up more often than any other show with the request that we stage an encore run.”

A multiple Drama Desk Award-nominated comedy, A.R. Gurney’s “Sylvia” has been produced thousands of times on Broadway and in regional theatres. “And for good reason,” said Laura. “It’s comedy gold with a canine touch. I am thrilled to be playing Sylvia again for our Pagosa audiences.”

We hope this show reminds you why you fell in love with Thingamajig Theatre Company 10 years ago!

“Sylvia” is the touching canine comedy about a dog and her new owner, a middle-aged man who brings her home to live in his apartment in New York City, much to his wife’s distress.

In addition to Ms. Moore, three actors make up the “Sylvia” cast. Carl Morrow, who plays the man who brings Sylvia home, is known to Thingamajig audiences for his roles in “A Few Good Men,” “West Side Story,” “Legally Blonde” and “Little Shop of Horrors.” Polly Seale, a new resident of Pagosa Springs with an impressive acting resume, plays his wife. And Rodney Holmes, who performed in Thingamajig’s productions of “Joseph and the Amazing Technicolor Dreamcoat,” “Tarzan,” “The Secret Garden” and “Damn Yankees,” plays three parts in the production.

Tim Moore, the theatre’s producing artistic director, directs the production. He and Laura are the cofounders the professional Thingamajig theatre.