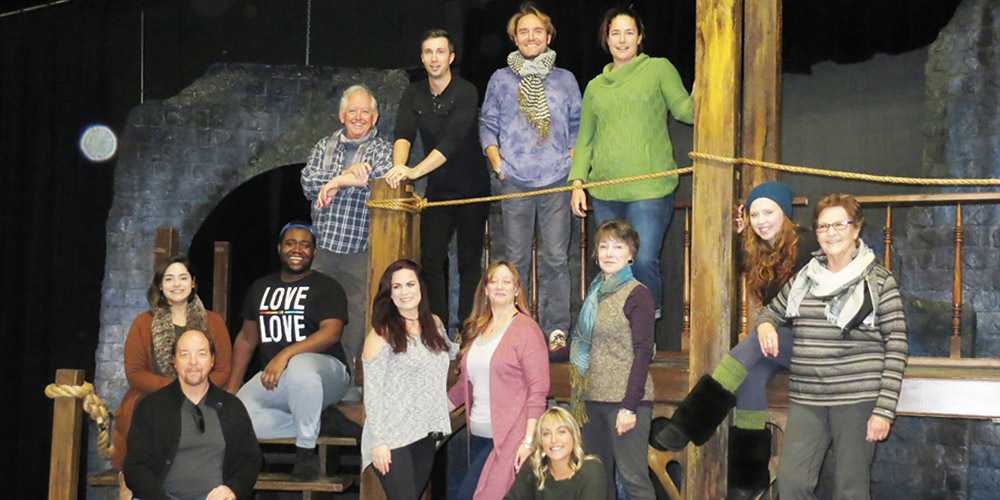 The Thingamajig Theatre Company actors arrived in town in November and rehearsals are now underway for two family-friendly Christmas shows that will be performed at the Pagosa Springs Center for the Arts.

“A Christmas Carol” plays December 14-30. This Christmas classic of generosity by Charles Dickens has been adapted by Dennis Elkins, staying close to the original book while also highlighting Scrooge’s forgotten humanity.

“Little Women, the Musical” plays December 21-January 20 and is based on the heartwarming 1869 classic written by Louisa May Alcott. Many consider it the ultimate tale of family solidarity and sisterhood, told through the lives of four sisters growing up in the Civil War era.

Click here to purchase tickets for the Winter Season shows at PSCA.

The Friday opening night for each of the two holiday shows (December 14 and December 21) includes a champagne and dessert reception at 6pm, prior to the 7pm performances. The opening night audiences also will participate in talk-back sessions with the director, cast and crew following the shows. 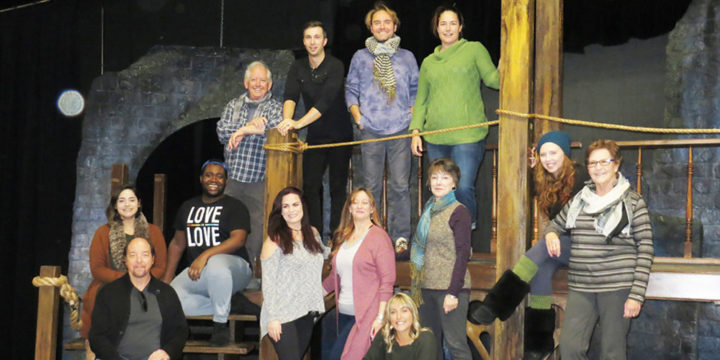 Fans of Thingamajig co-founder Laura Moore will be thrilled to know that she returns to the stage to play three roles in “A Christmas Carol.”

The rest of the cast and crew are brilliant newcomers to Pagosa, coming to Thingamajig for the first time. The cast of 12 play a total of 60 characters in the two productions.

Elkins directs, ‘box.’ returns
Both Christmas productions are directed by Dennis Elkins. Over the eight years that Thingamajig has brought professional theatre to Pagosa Springs, Elkins has impressed both locals and out-of-town visitors with his keen directing, brilliant acting and remarkable versatility.

This summer he directed the smash-hit musical “Thoroughly Modern Millie” and in October he performed his one-man autobiographical show “box.” as the headliner at the theatre’s Playwrights Festival. 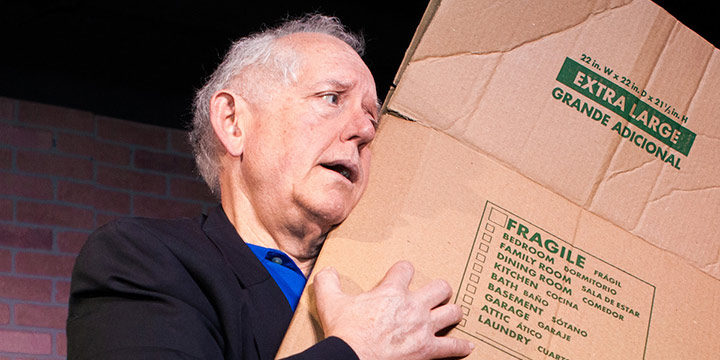 Playwright and actor Dennis Elkins will perform his one-man show, ‘box.’ at the Pagosa Springs Center for the Arts in December.

Click here to purchase tickets for the Winter Season shows at PSCA.