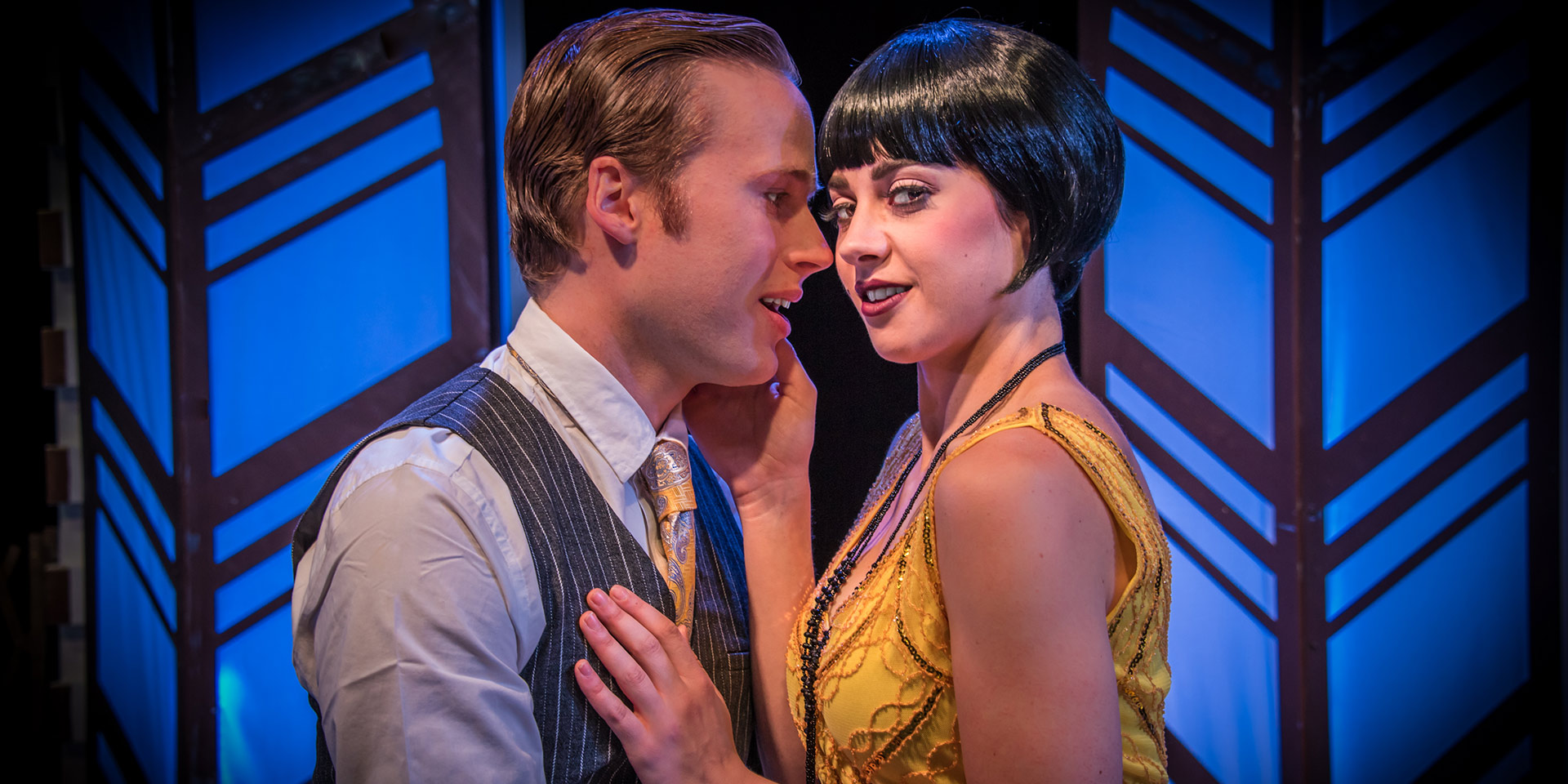 This weekend, Thingamajig Theatre will be opening the third show of their summer season: Thoroughly Modern Millie.

Thoroughly Modern Millie tells the story of a bright eyed girl, Millie Dillmount, who just stepped off the train from Kansas in New York City on a mission to find a rich man to marry. Through toe tapping tunes and tap dancing moves, Millie navigates her way through the height of the roaring twenties.

Even more excitement lands in Millie’s lap when she discovers that Mrs. Meers, played by Anita Jo Lenhart, is running a white slavery ring out of her hotel with the help of Ching Ho and Bun Foo, played by Kenny Tran and Philip Eng. Through lots of singing, dancing, and falling in love, Millie finds her way in the Big Apple, saves the day, and lands the man of her dreams.

Millie, played by Kathleen Macari, has a powerhouse of a voice that ranges from the strong and defiant to the soft and sweet. Macari takes on the role with a level of honesty not often found in such high-energy Broadway musicals.

Charlie Tingen plays Jimmy Smith, Millie’s love interest. Tingen’s charming portrayal of this role is well supported by his vocal performance that is so strong it will have you leaving behind the promise of money for a great love story.

This feel good musical is full of vicious tap numbers that push the boundaries of speed and skill. All the chorus members show off their undeniable dance skills in this production. These dances, choreographed by Pia Wyatt, energize and impress.

The costume design by Adrienne Young transports the audience back to the roaring 20s when hemlines were rising and fringe was the hottest thing. John Santangelo’s scenic design adds the romantic art deco dimension that was popular at the, which is expertly highlighted by Pagosa’s favorite lighting designer, Laine Wong.

Since the show was originally premiered on Broadway in 2002, audiences have fallen in love with everything this show has to offer. (You won’t need to raise your skirt or bob your hair to enjoy this production!)