‘Welcome to Siberia’ Run Extended to March 3 by Popular Demand 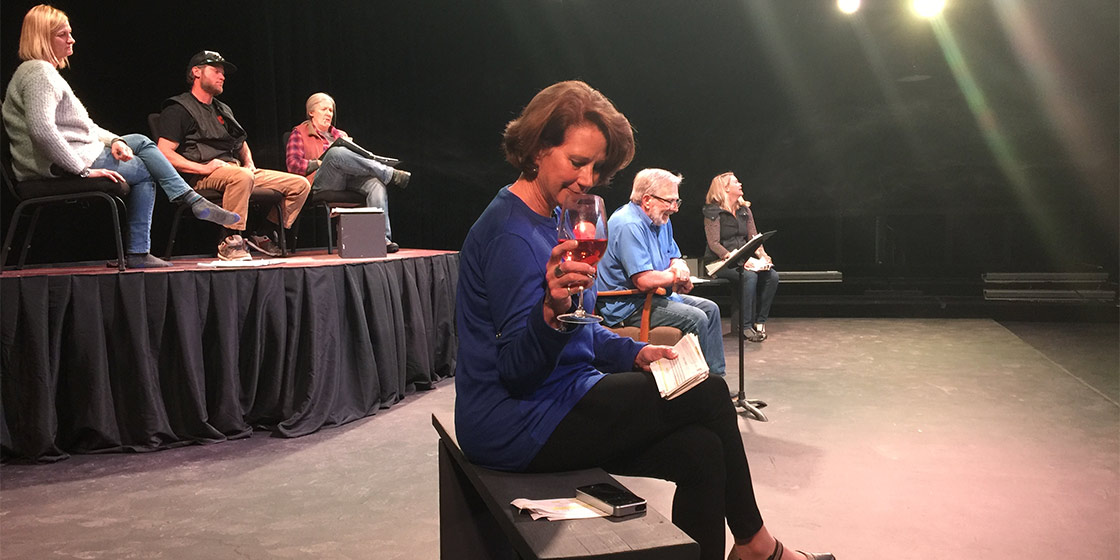 ‘Welcome to Siberia – Now, Go Home!’ the smash-hit playing at Pagosa Springs Center for the Arts, has had its run extended by popular demand, through Friday, March 2 and Saturday, March 3.

On February 16, Thingamajig opened the world premiere of Welcome to Siberia – Now, Go Home, written by the witty and acerbic Karl Isberg, and show has been playing to sold out crowds since its opening night. The comedy stars Pagosa favorite Ivy King as the Director of the Greater Springs Chamber of Commerce, as well as other locals Karin Daniels as her co-director, Andy Donlon as Stewart Flume (a resident of Busy Hands Assisted Living Center.) Jefferson Quinn, Donna Merchant-Crooks and Nancy Haines round out the stage as Flume’s old friends and pseudo “Greek Chorus”.

The story goes: The Chamber of Commerce in a small, Colorado mountain town hosts a bi-annual get-together for new arrivals to what has become a thriving retirement and second-home community — a town without industry, but suddenly flourishing due to its new arrivals, and the activities that accompany them. The event offers the newcomers refreshments, entertainment, and information about the history, amenities, and character of the place. The regular host is unavailable, and suitable replacements are impossible to muster. As a result, a last-minute host is recruited, and the question becomes: How many of the new arrivals will sell their “dream home” and move back to… ? 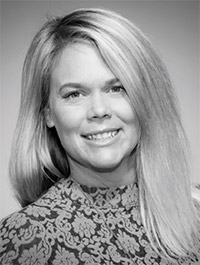 IVY KING was born in Denver, Colorado, and was raised in Pagosa Springs, Colorado, from the age of 7. She graduated from Pagosa Springs High School in 1997. After attending and graduating from the American Academy of Dramatic Arts, in Los Angeles, California, Ivy studied with noted acting coach Diana Stevenson at LA Atelier, studied improvisational comedy at The Groundlings School in Los Angeles and is a founding member of the coveted Actor’s Society. She is best known for her intensive work on a water cooler commercial for dehydrated youth of South Korea. Following her education, Ivy acted in the film industry, modeled in print, and began working as a visual artist, displaying her collages in gallery exhibitions. You can now find Ivy across the road using her skills as an actor, selling real estate for Jann C Pitcher. 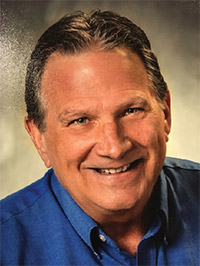 ANDY DONLON was last seen on the Thingamajig stage as Albert Soady in Escanaba in da Moonlight. Please enjoy the performance! 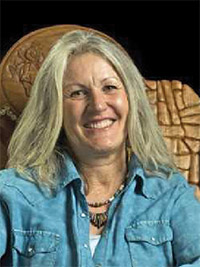 DONNA MERCHANT-CROOKS is a self-taught professional artist and woodcarver. It is a fact if you go to the bathroom at the PSCA (and you all should) you will recognize much of Donna’s most recent works: from the stalls and towel shelves, carved stall doors and piano key crown molding, sculpted legs under the sinks, and hand painted playbill backsplash to the most recent installments, the drinking fountains, door frames and molding down the hallway. “Whoever would think bathrooms would be a highlight of my artistic career!” To find out more about Donna and her work, visit www.merchant-crooks.com. She and her partner live on the 2Boss Lady Ranch. Donna has five children and 23 of the most perfect grandchildren ever. 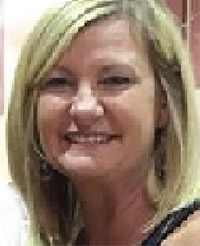 NANCY HAINES is so excited to have an opportunity to get back on the stage at this time in her life. She was a drama geek all through high school and wouldn’t have changed it for the world. The mountain and a simple life brought her family to Pagosa in 2004. She is blessed to have two wonderful boys and a husband of almost 25 years, not to mention all her four legged kids. They own and operate the nursery in town as well as a feed store so they consider themselves pretty darn lucky to be surrounded by plants and animals all year long!

JEFFERSON QUINN landed in Siberia in 2004 on his way to somewhere else, and never left. He has a beautiful wife and an awesome 10 year old son. Has one other acting credit as a reindeer in elementary school. He says it prepared him for this role. 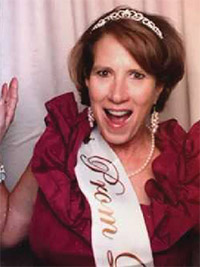 KARIN DANIELS moved to Pagosa Springs 10 years ago to pursue a new life adventure. Since then, she has found love, happiness, the most amazing friends and a community she absolutely adores. Karin volunteers for several organizations in town and has a very busy social life. She is excited to be a part of this spectacular production!